Got any more questions about the movie? Drop me a message via my blog or the Feedback page!

Er...how does the Profane Ritual work?
"All the years that they have lived, and they could have lived, if fate had been kinder."
As Angelica said, the person who drinks the water with the tear gets all the years of life from the other. Mmkay, suppose she's Penelope's age (34) and Blackbeard is Ian's age (69). She took his years, so now she gains 69 years added on to hers. Now she'll live that much longer.

Huh? "I don't recall that we ever had _______"
Sex. Although Jack...gets on top of her, that doesn't necessarily mean that they make out right there. That's...not how...making out works. Surely you learned this in Health and/or Anatomy(ahem, I'm taking that class this year) class? Unless....you're...underage-ish. In other words, making babies. Okay, um...the script does indicate that Jack thought that Angelica wanted...to make babies, so he says that they'll have to be very quiet because Blackbeard's out there somewhere, but Angelica dismisses and changes the topic. Man, I feel uncomfortable talking that these things! Don't make me talk about it again LOL

Is Angelica pregnant?
No.

How does Jack lie by telling the truth?
Um...the first Chalice he offers to Angelica and Blackbeard is the one with the tear, then he shows the plain one. Somehow he got Blackbeard to drink the one without the tear and WHAM-O WOOSH AARGH SKELETON OF DOOM

Is there really a chest full of jewels with the power to rule the wind and tide?
Keep in mind that Angelica was blabbering lies to get Jack to not maroon her.

How did the Black Pearl get in the bottle?
How am I supposed to know? xD

Why did Jack and Angelica break up?
It has to do with one of their past experiences on an island. It's nothing sexual.

What is Philip's last name?
Swift.

Can a mermaid really save you from drowning?
Syrena says "I can save you." So that means yes.

Is Angelica's last name Teach and/or Malon?
Here's a picture representation of my answer: 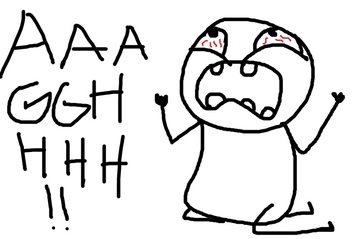 ...Means "no." (I drew this, so if you pillage and plunder it, I'm gonna find out!)
_Note: I have actually read her full backstory, including a teeny bit about Blackbeard's. Blackbeard is truly her father but absolutely nowhere does it imply that Teach is her last name! The info will not be posted here because of um...freaky fanfiction people.

Where did Philip and Syrena go at the end of the movie?
I don't know. No one knows. Maybe they turned into Ariel and Eric and met Scuttle and Flounder and Sebastian and everyone else.
ETA: On the audio commentary, Rob asks the same thing LOL

Did Jack maroon Angelica on Rumrunner's Isle?
No, the script says that the island is called Sola Fide Beach.

Is "My Jolly Sailor Bold" a real song?
Yes.

Is the 5th movie gonna be about Atlantis?!?
NO lol THERE ARE NO PLANS FOR A 5TH MOVIE!! Savvy?